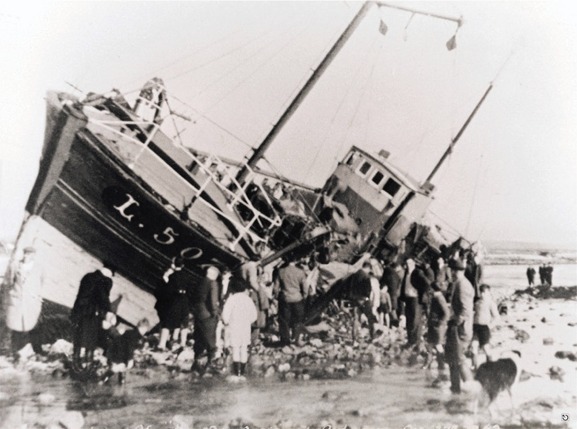 The Fee des Ondes a French trawler (300 tons) was wrecked in Ardmore on Sunday 27th October 1963. It struck rocks 300yds off Ardmore head and it was blown into Carraig a Phúintín.  All efforts of Youghal Lifeboat to get her off failed. 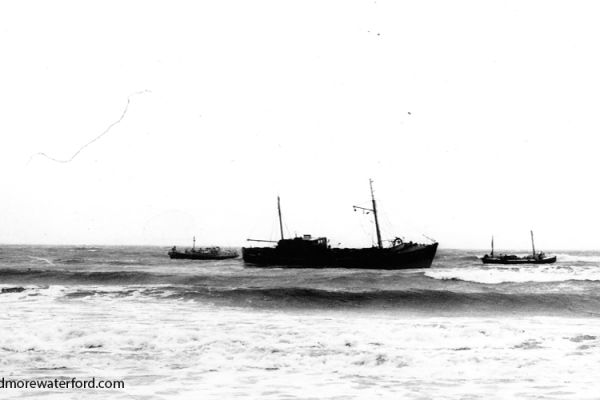 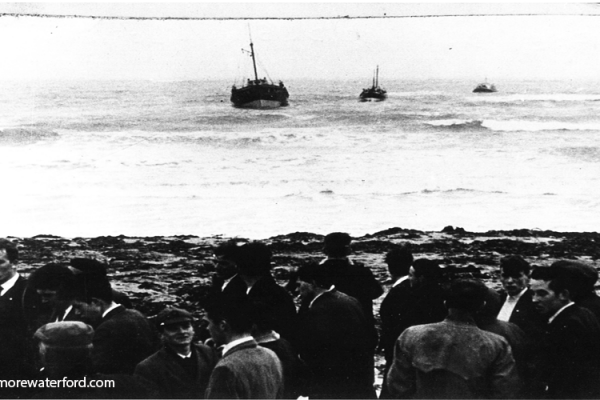 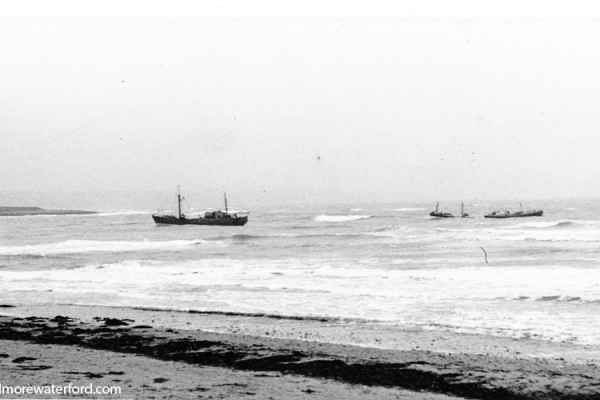 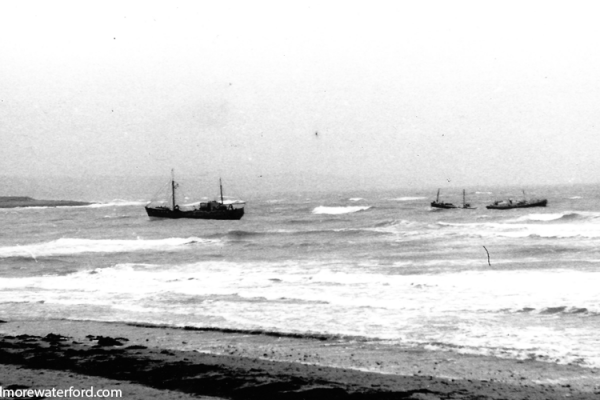 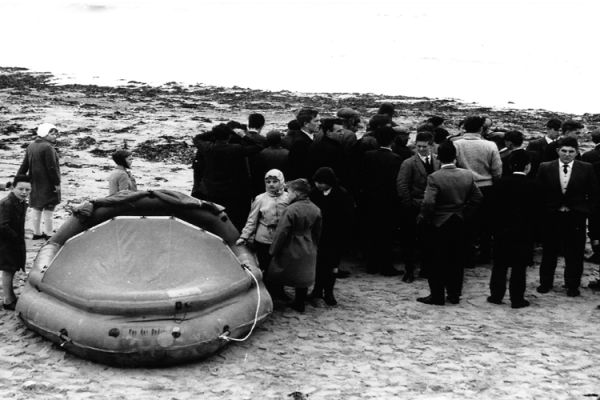 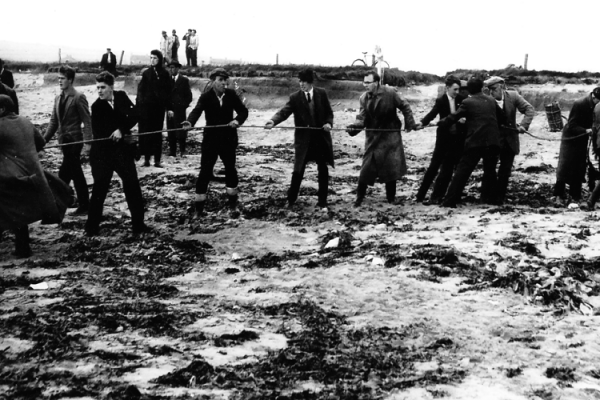 The Cork Examiner of October 28th, 1963 says “Two Frenchmen were rescued by life-boat, and seven crew, one of fifteen years old on his first voyage, by rubber raft in a sea drama, off the beach at Ardmore, Co. Waterford yesterday morning. They were the crew of the 300-ton trawler Fee des Ondes out of Lorient, which went aground in poor visibility just before dawn and which was subsequently severely damaged by rocks and pounding waves. Youghal lifeboat had been launched and life-saving rocket man, Jim Quain, was alerted, raised the alarm, and fired the maroon which brought out the full crew. The crew came ashore by rubber dinghy but Captain P Maletta and his mate E Dantec refused to abandon ship for a considerable time. They were all taken to the village and Mrs. Quain provided hot food and clothing. An abiding memory of hers, is, besides the saltwater even seeping down the stairs, was the incident of the crew sitting around her dining room table where a cask of Beaujolais from the vessel, containing about twelve bottles or so was ensconced. They asked her for glasses and imbibed the lot without as much as asking her would she like a glass, never mind a bottle. Lloyds later offered to recompense them for their hospitality, but they declined to accept. The boat being accessible at low water, it was visited by all and sundry during the following days.”