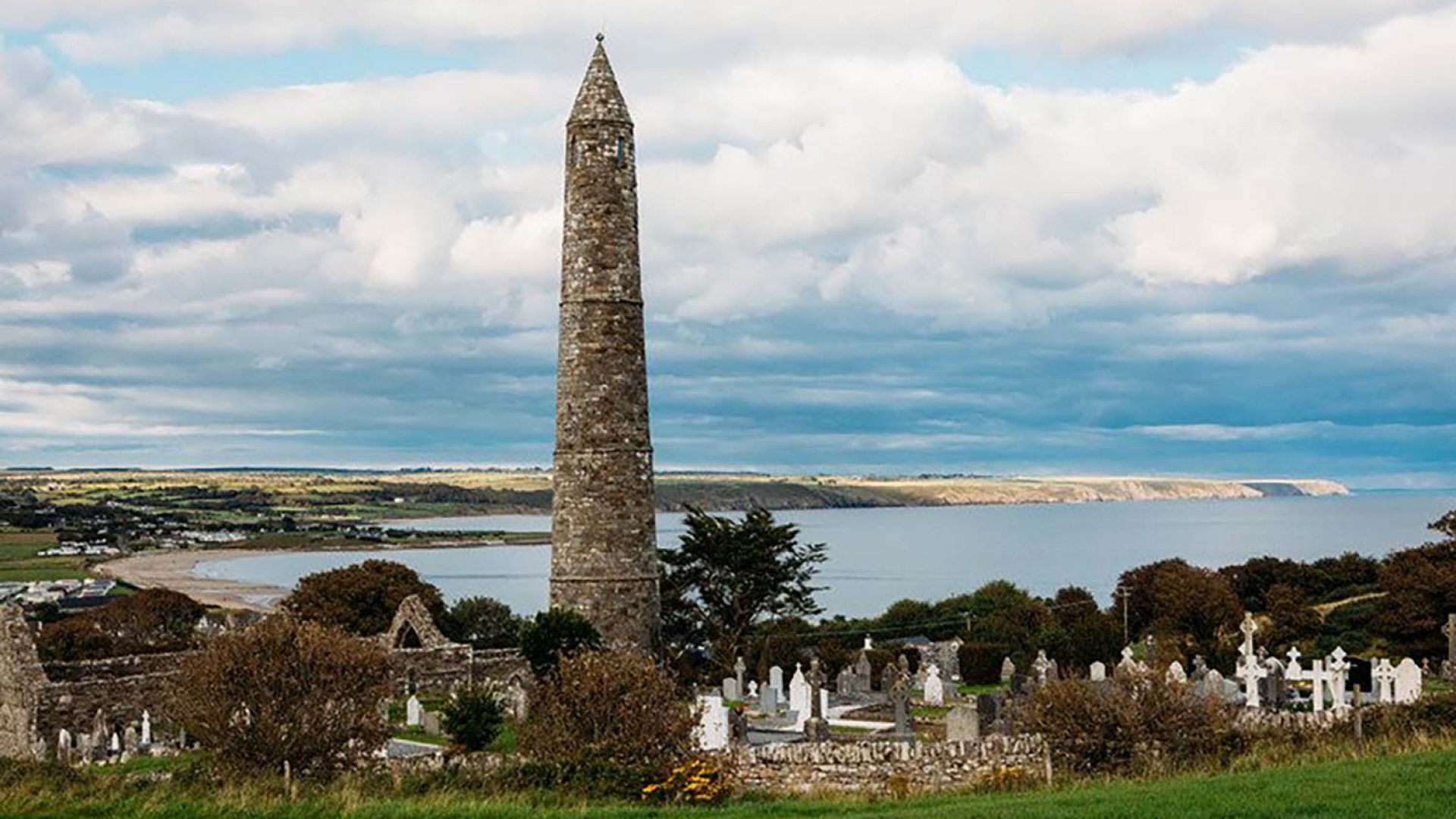 If you’ve been exploring Ireland’s Ancient East, you’ve discovered that there’s never a dull moment when visitors start to unpick history. When you arrive in Ardmore, you’ll be spoilt for choice.

And, this is a site where stories is shared about Ardmore. Some stories come from visitors, others from those that have called Ardmore home for their entire lives. 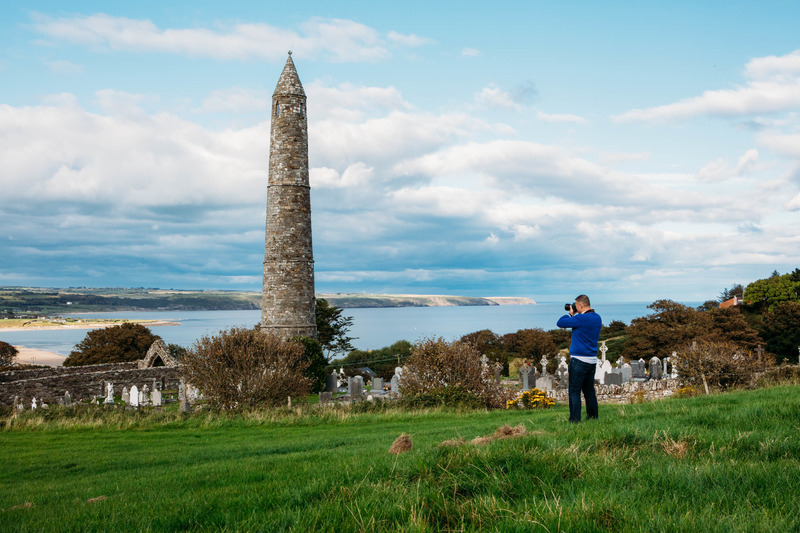 Here are two reports that we particularly like from the start of the 1800s.

Here is a short extract by Wm. Wenman Seward, Esq. in 1797. It is taken from “The topography of Ireland, ancient and modern. Giving a complete view of the civil and ecclesiastical state of that kingdom; with its antiquities, natural curiosities, trade, manufactures, extent, and population.” 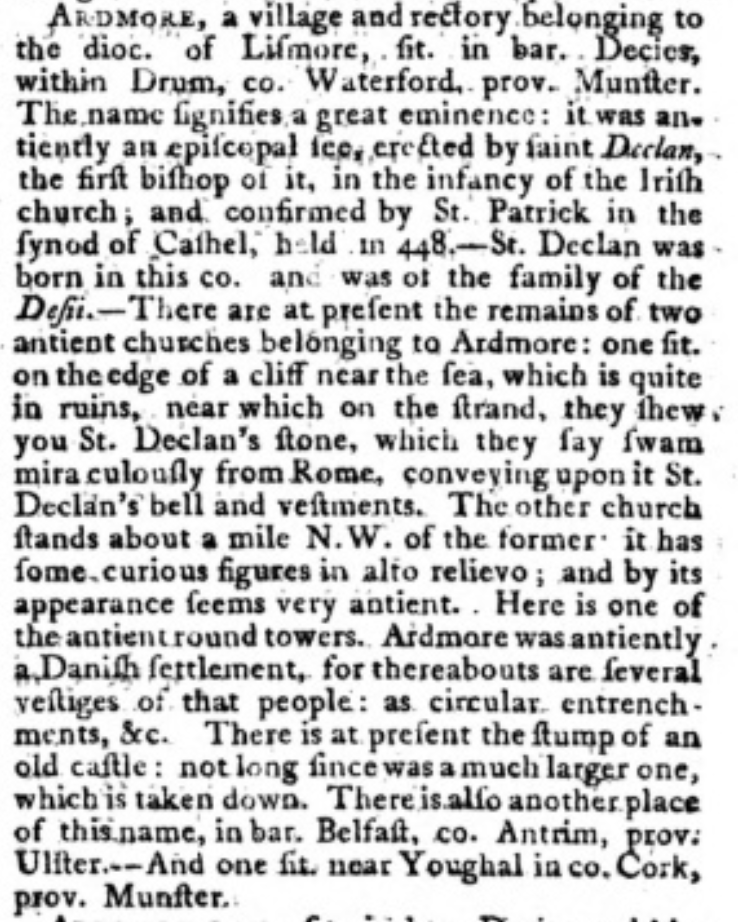 We also include an extract from 1810 taken from

A topographical dictionary of Ireland: exhibiting the names of the several cities, towns, parishes, and villages … Collected from the most authentic documents, and arranged in alphabetical order: being a continuation of the topography of the United Kingdom of Great Britain and Ireland / by Nicholas Carlisle, Fellow and Secretary of The Society of Antiquaries of London. 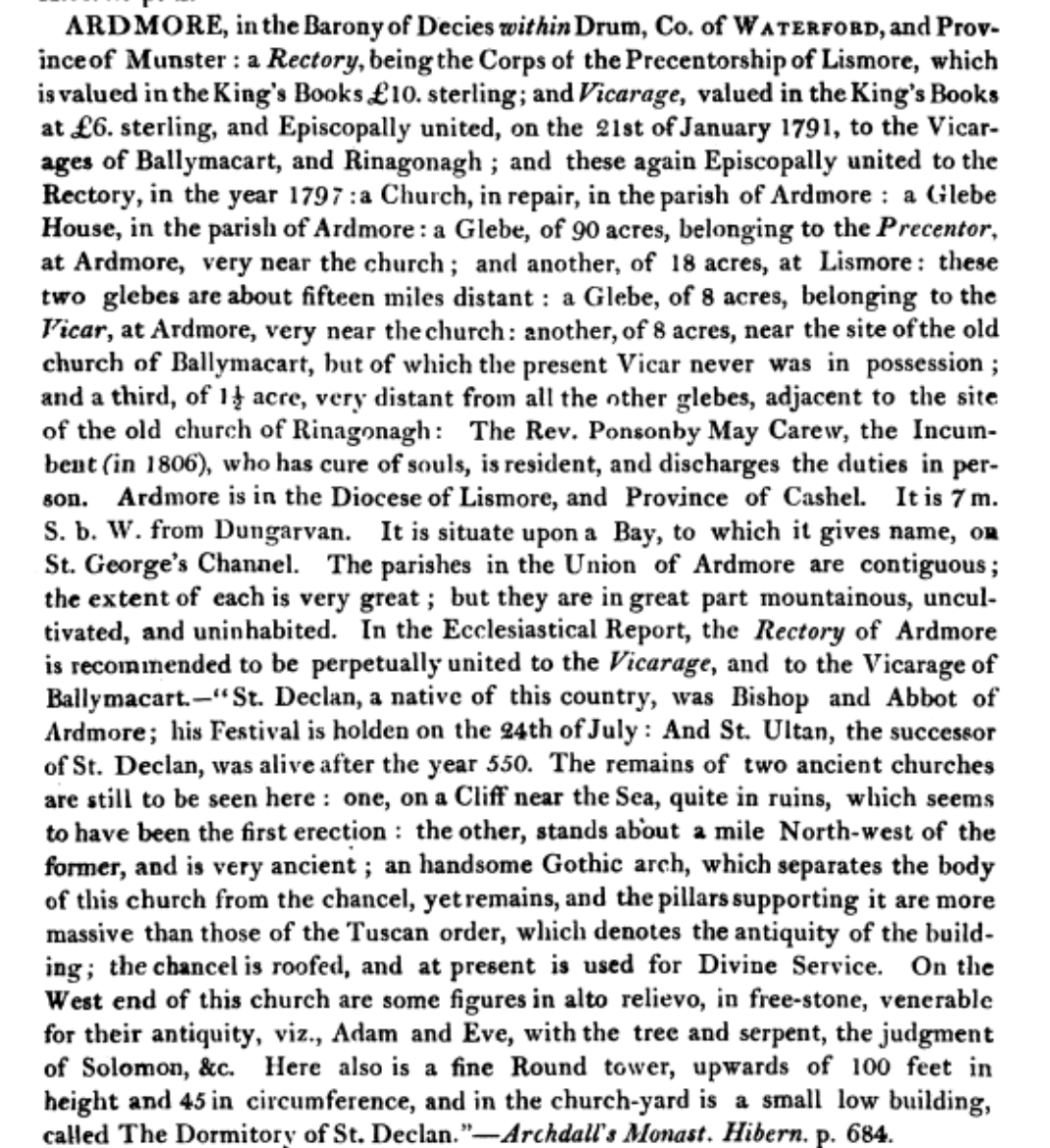