New Just In – Stories Of Maidens Being Dragged Through Ardmore Village 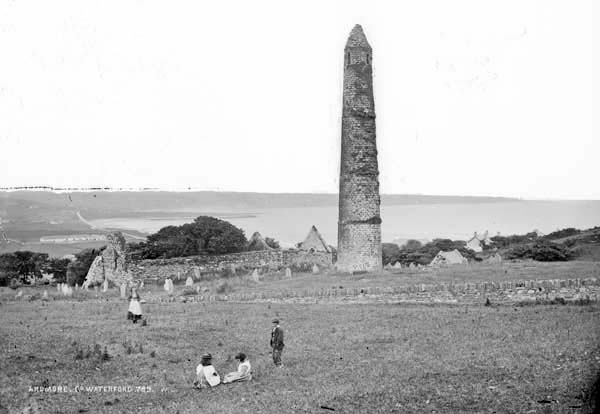 Go off the regular heritage trail on Ireland’s Ancient East and you may be lucky enough to discover some of the hidden artifacts in Ardmore.

One lesser-known famous stones at Ardmore was deliberately buried by the clergy and is now visible if you know where to look.

It was hidden probably for the purpose of putting an end to its decadent ceremonies. It must also be classed among relics connected with rites of days long gone by.

It was called the “Cloch-Daha,” which is said to signify “the stone of Daghdha”

It was about two feet long by eighteen inches in breadth, and the same in-depth, hollowed into an oval trough-like shape, probably an old pagan bullan or rock basin. Its centre was pierced by a hole, in which, on Ash Wednesday, the young unmarried men of the village inserted a wattle, on the top of which they tied a quantity of tow. They then brought with them all the unmarried maidens they could muster from the village and vicinity and made them dance round the “Cloch-Daha,” holding the pendant tow, and spinning it whilst dancing. The ceremony terminated by the young men dragging the maidens through the village seated on logs of wood.

In 1903, Notes on the antiquities of Ardmore Thomas Westropp discusses the Cloch Daha

“In the lawn of Monea House lies a remarkable stone resembling a rude cross base. It is 38 1/2 inches long, 18 inches, and 24 inches wide. In the centre is a hole, but, instead of being the usual oblong mortice or socket, it is rather oval, tapering down to a cup with a hole below. It is called the “cloche Daha” understood as “the good stone” by some connected to pagan rites, and with the Dagda by others. Brash gives a curious account, which he describes how a wooden rod or pole used to be set into it and crowned with a tow on Ash Wednesday. The youth of the village would dance around it, and drag old maids into the dance, afterward drawing them through the street, seated on logs of wood. Owing to the scandalous meaning attached to these rites, they were put down, and the stone removed and buried. He suggests that it may be the traditional stone marked by Declan’s head, but also equates it with the “Bod an dagga” near Ballymote and the “Bod Fheargais” at Tara.” 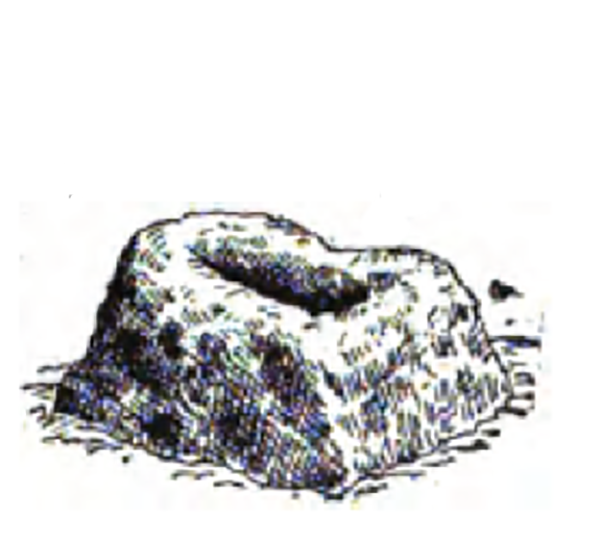 We include an extract from Parish of Ardmore and Grange written in 1912, which outlines some interesting facts about the

In the grounds of Monea House, Ardmore, is a dressed block of limestone, known as

, in which Marcus Keane and other fanciful people see an object once connected with Phallic or other pagan worship. This is apparently the plinth of an ancient cross and the mortise for the reception of the shaft came, in a later and less reverent age, to be used as a dye bath —hence the modern name. Allusion to the cross suggests the observation that in the parish are places called, respectively, Crossford (in Irish)

(Aodh’s Cross)—so named, presumably, from Termon crosses marking the limits of St. Declan’s sanctuary lands. On the townland of the same name stand the rather insignificant remains of the ancient church of Grange, called also Lisginan.

In another extract from  I.T.A. Topographical and General Survey 1942

“Cloch Datha on the lawn of Colaiste Deuglain may be seen at any time by visitors. The Round Tower, Cathedral, and Beannachain are in the charge of the Office of Public Works. No admission charge.”