On any sunny day on the cliff walk in Ardmore, you’ll expect to see many locals and visitors alike looking out to sea hoping to catch glimpse of the whales that grace our coastline. Fortunately, these encounters are also far more frequent.

And, we are hoping that our recent series of posts on the shipwrecks along the coast of Ardmore will also attract the curiosity of visitors and residents.

In this post, we return to our stories of the loss of the Folia on the 11th March 1917. And, we’ll concentrate now on sharing more about the U-53, Captain Has Rose and his crew. 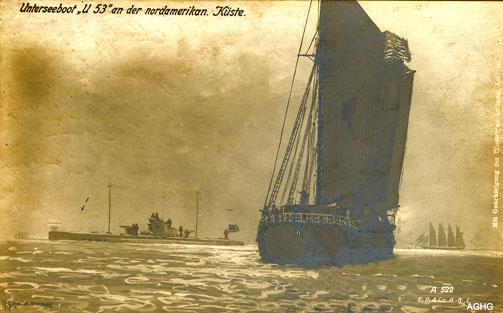 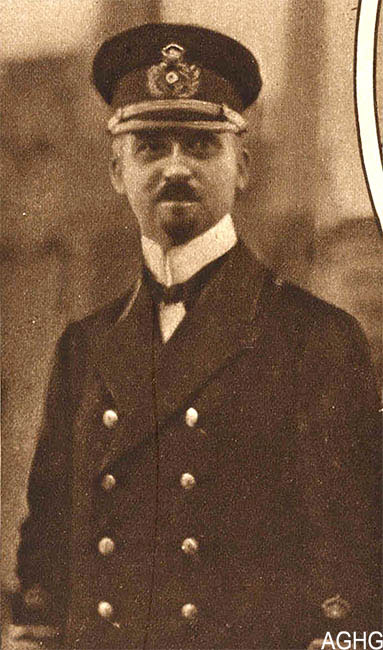 He was known for his courage and humanity in battle. After torpedoing a vessel he would make sure their crew were all in their lifeboats, take them in tow, provide food and waited for a rescue ship to appear on the horizon, free the tow line and submerge, many times putting his own vessel at risk.

Rose was also well known for an incident in September 1916 when he brought the U-53 to Newport Rhode Island. 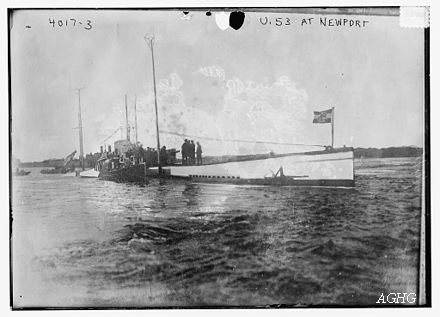 To everyone’s amazement, docked and entertained American Navy personnel on board. The new German U-53 anchored at Newport. The crew visited with Americans, allowed visits on their boat.
And, then on the next day sank 5 foreign merchant ships off Nantucket in international waters while 16 American destroyers stood by.

Here’s a New York newspaper of the time highlighting how big this event was in the media. 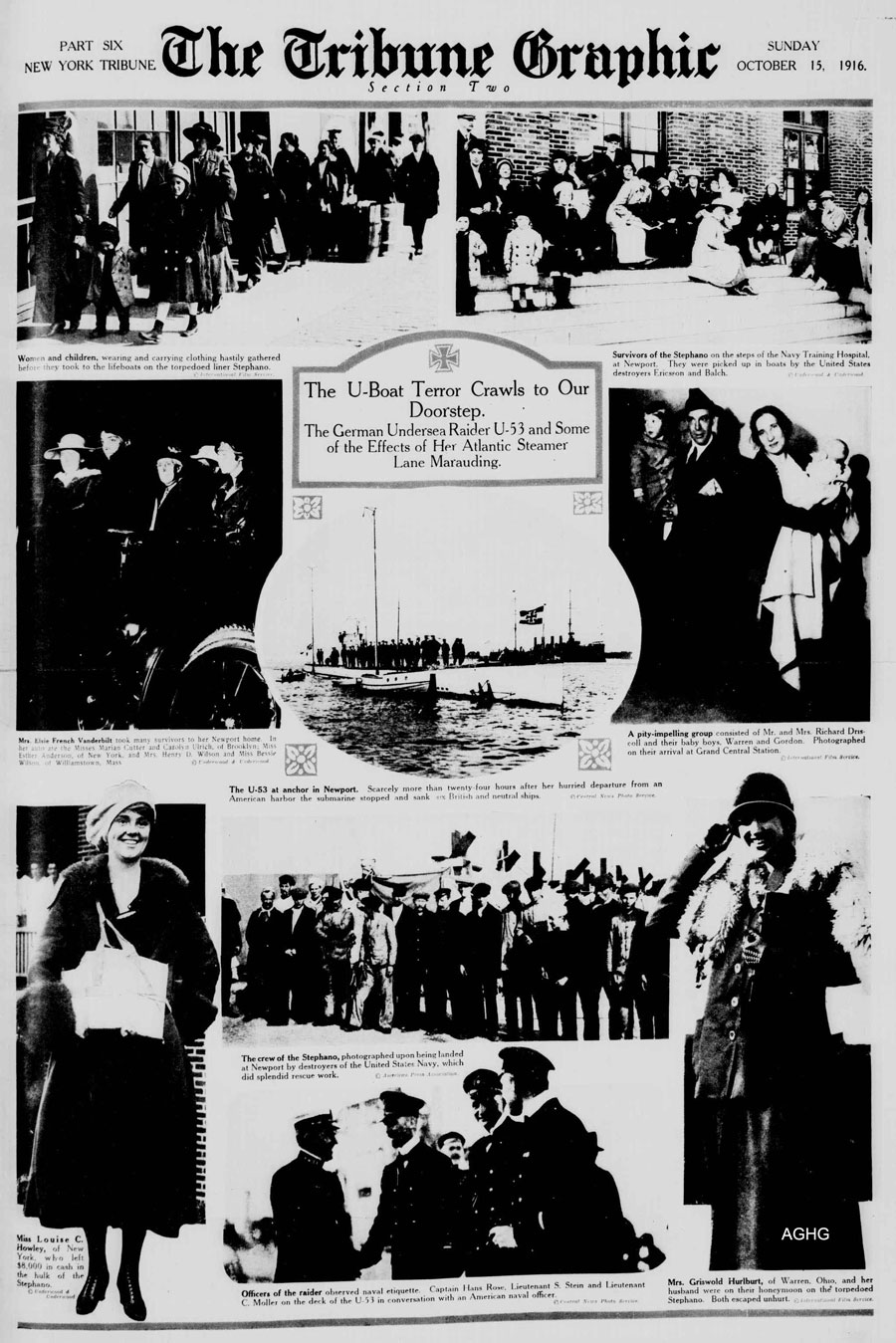 “THE DOINGS OF THE U 53.” GERMAN DESCRIPTION OF THE VOYAGE.

The North German Gazette gives the following details of the voyage of the German submarine U-53 to America and back:

“In spite of the frequent bad weather, the behaviour and the enthusiasm of the officers and the crew left nothing to be desired from the beginning to the end of the voyage. For instance, every evening the men who were not on watch assembled in the narrow tower and sang patriotic songs. During a storm which the U boat had to face on its return journey on the Newfoundland Bank, there was a very fierce sea, with waves like mountains, which the boat took admirably without shipping any water into the tower. You could have imagined yourself in an Alpine landscape, and the men held one another up in the tower to admire the wonderful prospect.

The Gulf Stream was extraordinarily useful on the return journey. But for nautical reasons, it was necessary to get out of the current in the neighbourhood of the Newfoundland Bank for some time, and the temperature of the water fell in the space of six hours from 22 degrees to 8 degrees, since the boat during this time crossed from the Gulf Stream into the cold Labrador current. This extraordinary drop in the temperature was very unpleasant, especially for the men on deck. On the return journey, the boat had to submerge for two days on the North of Scotland owing to the bad weather.” 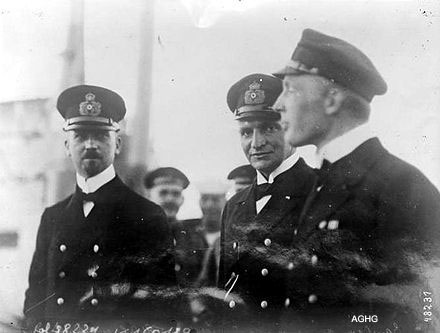 “The American naval officials in Newport proved most agreeable in every way. But it must be said that the Chief of,the Naval Station was visibly relieved when he heard from the captain of the U boat that he did not require to replenish his fuel or his food. The captain had the impression that if he had made such requests he would have encountered difficulties from the American officials.

The U boat during its two hours’ stay was visited by an extraordinary number of visitors especially American naval officers, who were in some instances accompanied by their wives. All gave a hearty welcome to the U boat and its crew. But in some cases, human nature being so, the behaviour of the visitors was different. While, for instance, the wife of an American admiral promised to keep as a souvenior for all time the cake which the captain gave her, her daughter ate up the portion which was given to her on the spot.”

WHAT AN AMERICAN SHIP DID.

“The U boat was signaled from Newport some time in advance so that the officials were ready for her arrival. U53 engaged in “cruiser warfare” after leaving Newport. The first ship that she met was the American ship the Kansas. It required a lot of trouble to persuade her to send an officer on board the U boat for the examination of her papers. The captain of the ship engaged in a long conversation with the Morse code. And after he had been dismissed with his papers he began at once in the liveliest fashion to use his wireless to announce his experiences with the U boat. But the submarine succeeded in preventing the transmission of the ship’s signals by its own wireless.

The crew of the English ship the Strathdene consisted almost entirely of coloured men, Chinese, and negroes. The Norwegian vessel. Christian Knudsen, had 7,500 tons of oil on board for London. But U53 did not replenish its oil supply from this ship as has been reported. Quite an extraordinarily long time was allowed the Knudsen to save its crew. 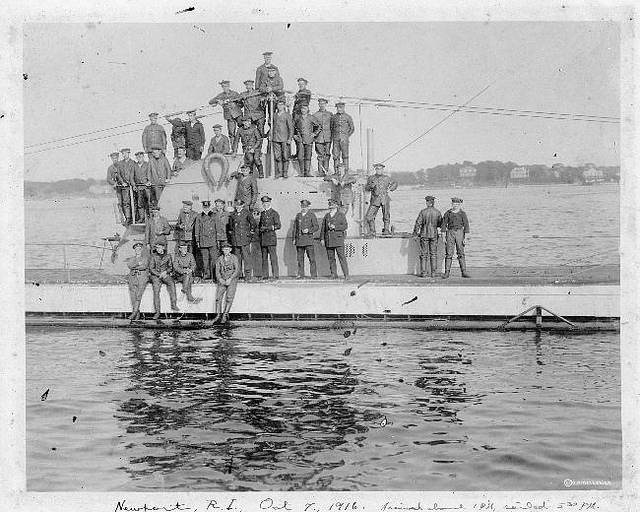 The English ship Westpoint, as soon as it caught sight of the U boat and learned its hostile character, signaled without interruption the well-known ‘S.O.S.’ call for help, although it was not, in the ordinary sense, in danger, but only in a military sense.

The English passenger boat, the Stephano, lost no time. While the U boat was engaged with the Dutch ship, the Blommersdijk, and before the submarine gave the signal that its papers should be sent, it began at once to place its papers and crew in its boats. When the U boat came up the ship had already been deserted. It was at that time only a few thousand yards distant from the fireship.

While the U boat was conducting its operations sixteen American destroyers in all assembled in the vicinity of the lightship (Nantucket), without, however, in any way concerning themselves with the military measures of the U boat or disturbing them.” ‘Nottingham Evening Post,’ 10th November 1916.
On the 11th February 1916, Hans Rose was awarded the Knights Cross of the House of Hohenzollern.

The Sinking of The USS Jacob Jones
On 6 December 1917, Kapitan Rose torpedoed and sank the USS Jacob Jones. This was the first American destroyer lost during WWI. He fired his torpedo from 3000 yards setting a record for the longest torpedo shot. 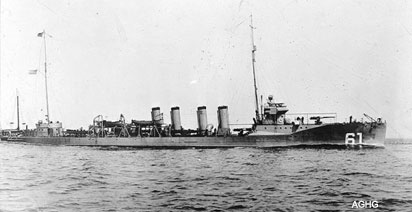 Rear Admiral Sims, U.S. Navy describes Has Rose as “We acquired a certain respect for Hans because he was a brave man who would take chances which most of his compatriots would avoid, and above all because he played his desperate game with a certain decency. “

On the 6th December 1917, the Jacob Jones (Lt Cdr David Bagley) was based at Queenstown, southern Ireland on anti-submarine duties, was one of six destroyers returning from Brest after escorting a convoy to France. The USS Jacob Jones was struck by a single torpedo in a starboard fuel tank, as the stern sank her depth charges exploded dooming the ship. She was hit at 16.20hrs, going down in 8 minutes. Of the 38 survivors, two were taken prisoner by the U-boat, others rescued by two British ships that responded to a radio signal sent out by ‘U.53’s’ Hans Rose.

And, on 20th December, 1917, Hanse Rose was awarded the Pour le Merite for his bravery and achievements. He was also awarded the Ritterkreuz des Hohenzollerschen Hausordens mit Schwertern. 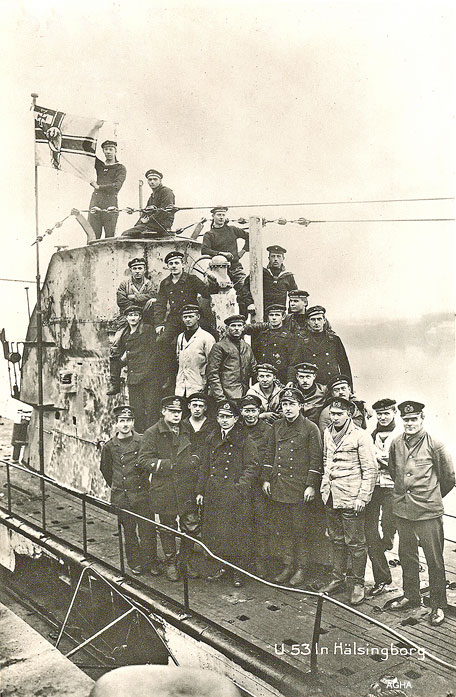 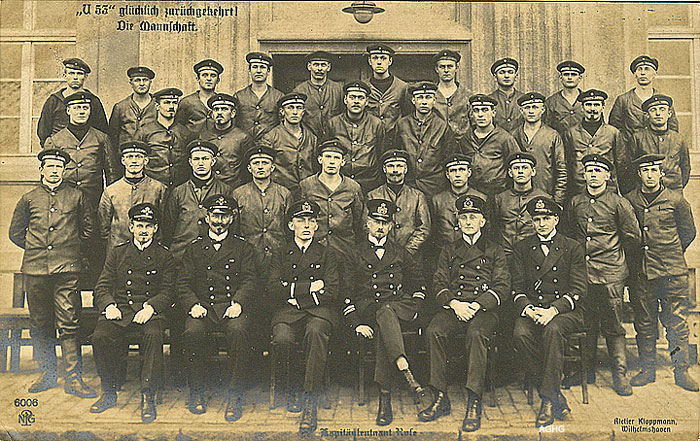 After some searching, we were able to locate some information on the other crew on board. 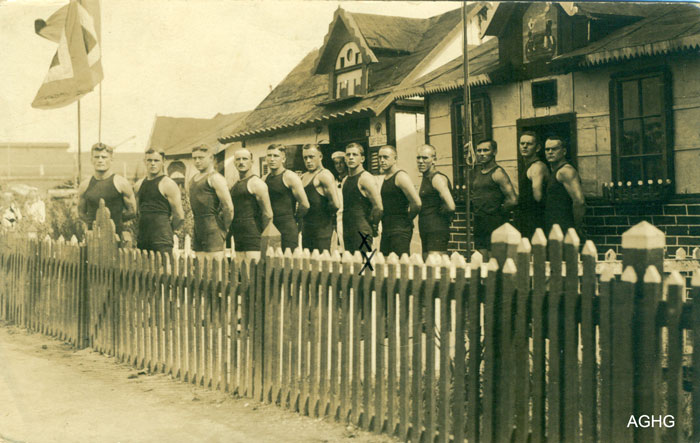