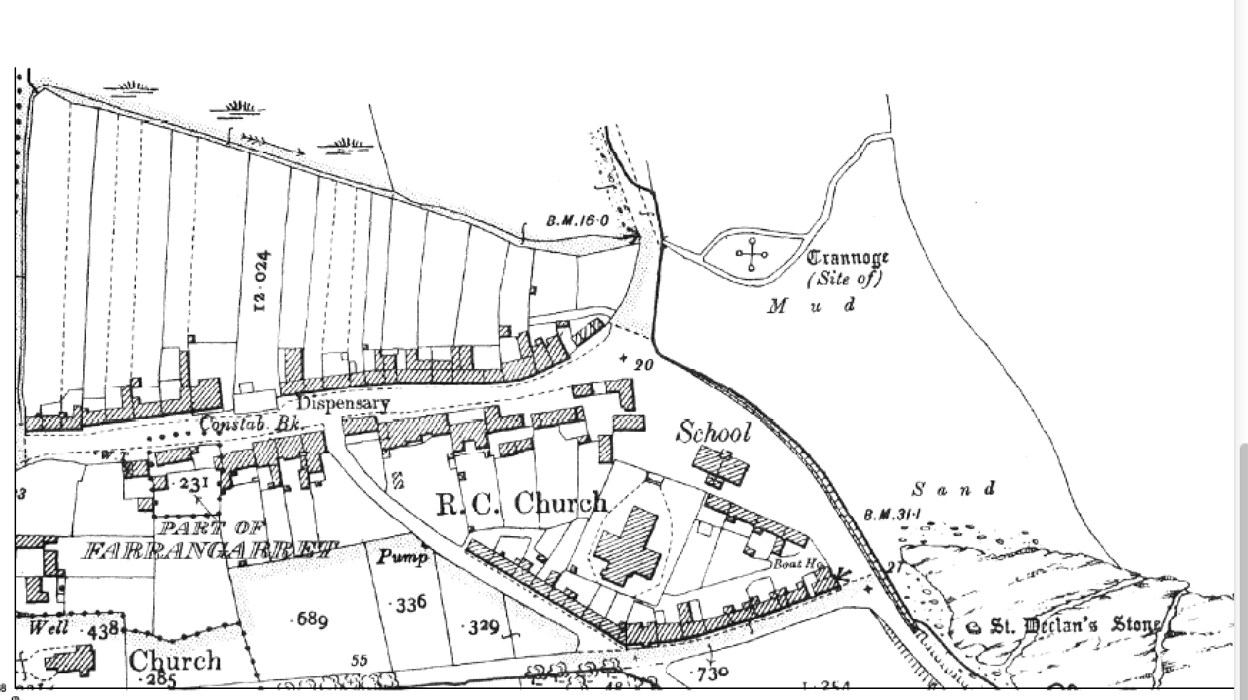 From a majestic headland to an idyllic bay, the coastline of Ardmore surrounds a village that is full of culture, creativity, music, adventure, unforgettable experiences, and great escapes.

But, there is a hidden treasure that once stood prominently on what is now the main beach in Ardmore.

It was a Crannog and we are pleased to present a wonderful account from 1879 that tells a fascinating story of life within a Crannog. 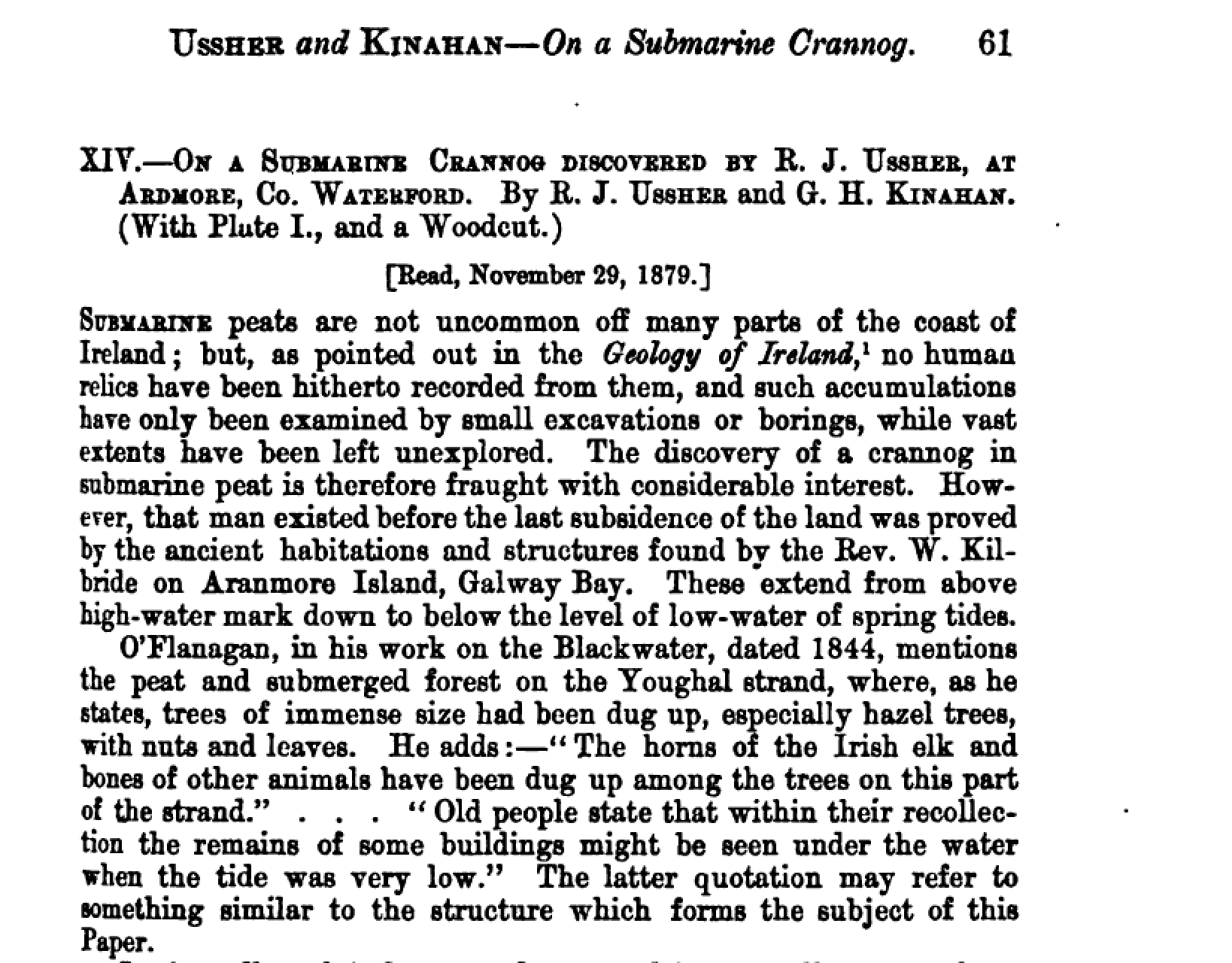 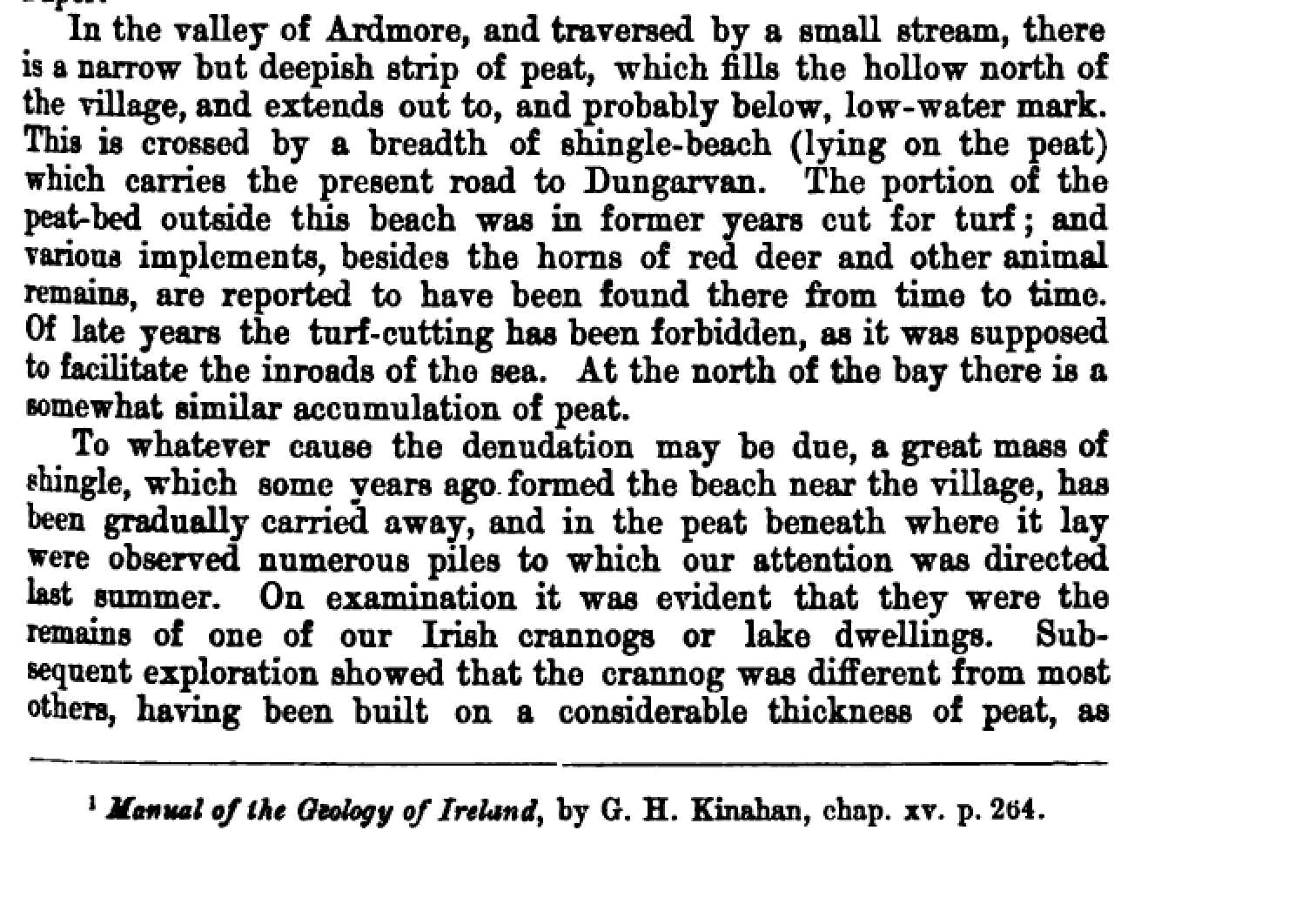 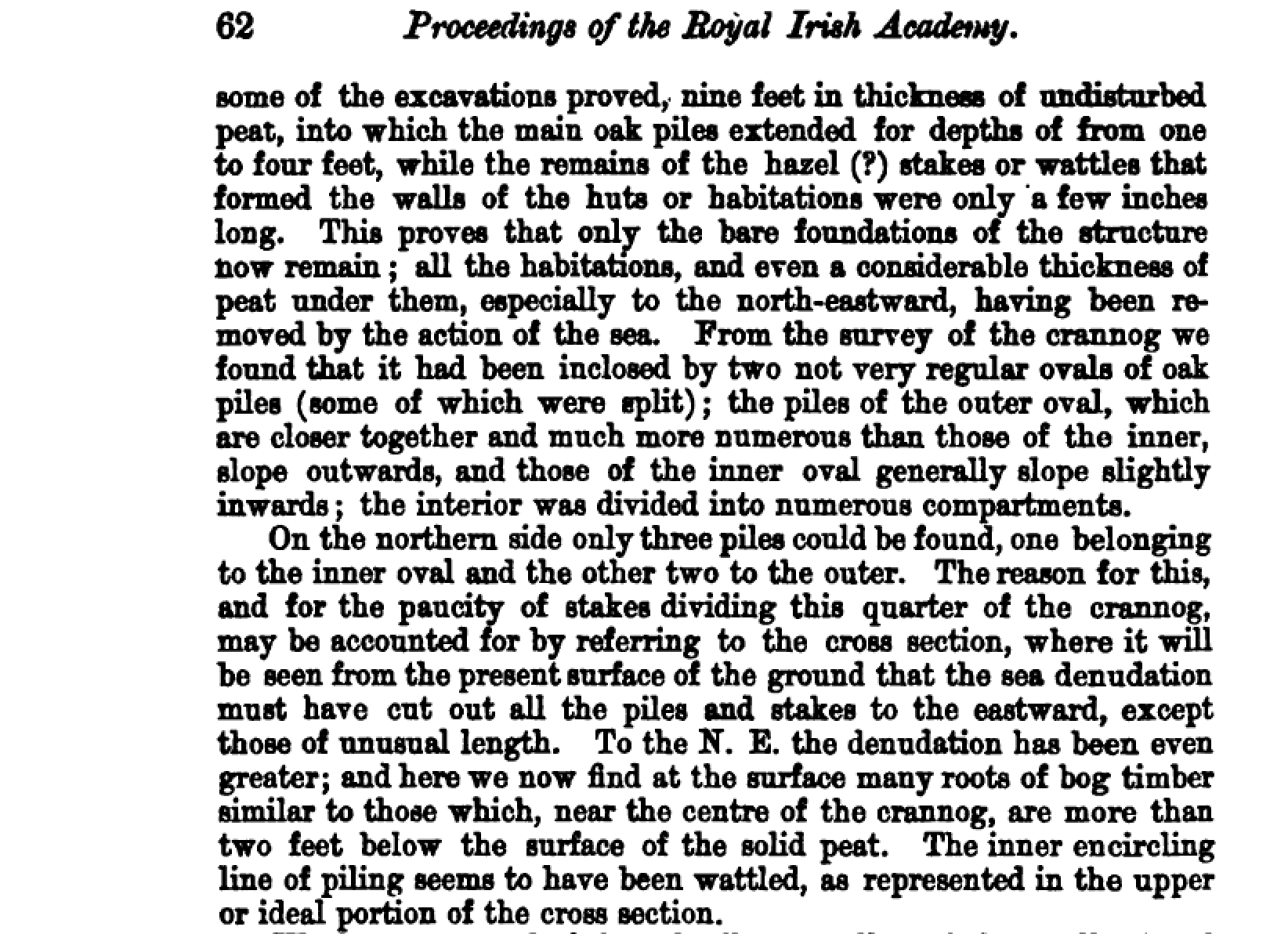 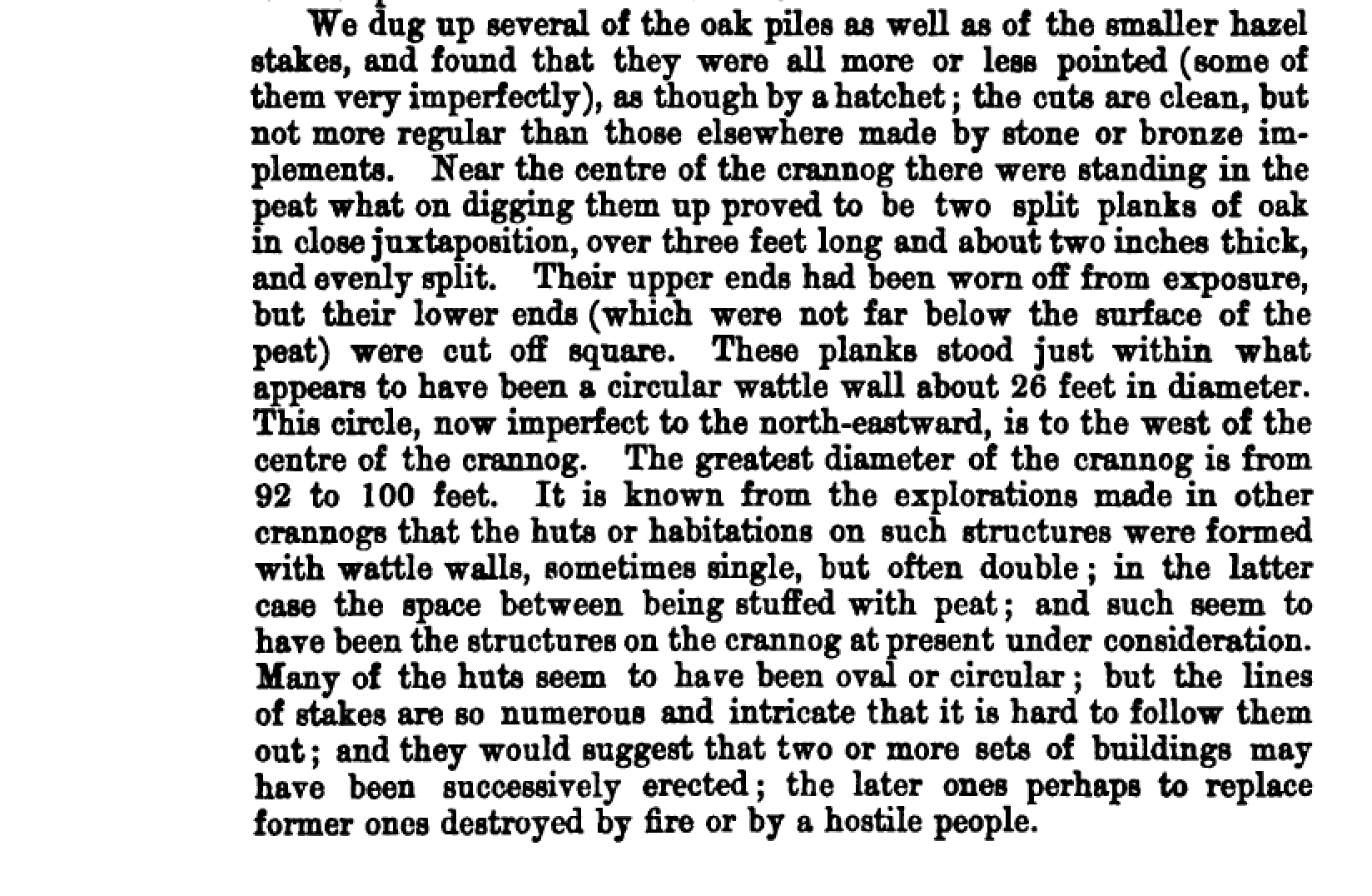 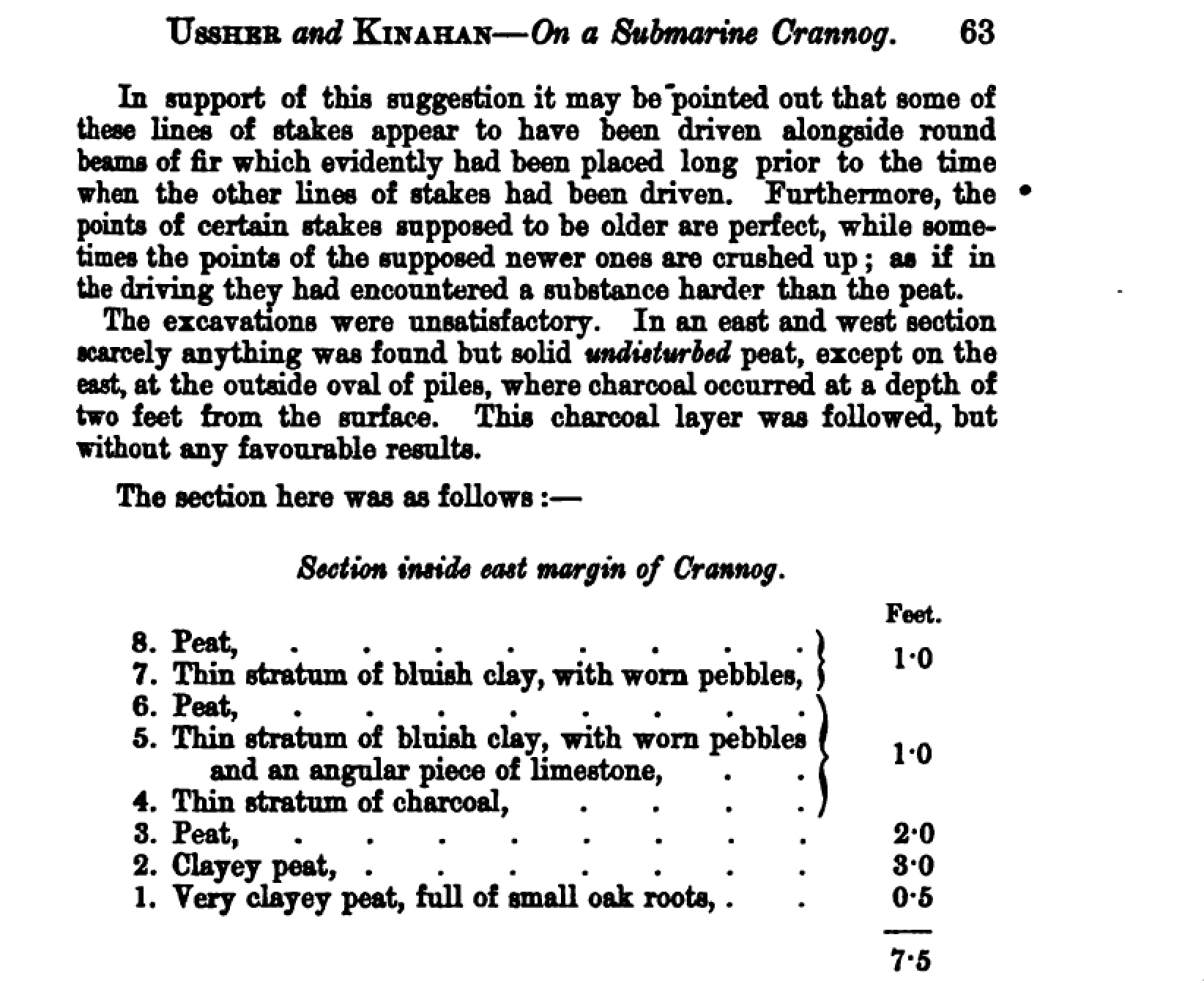 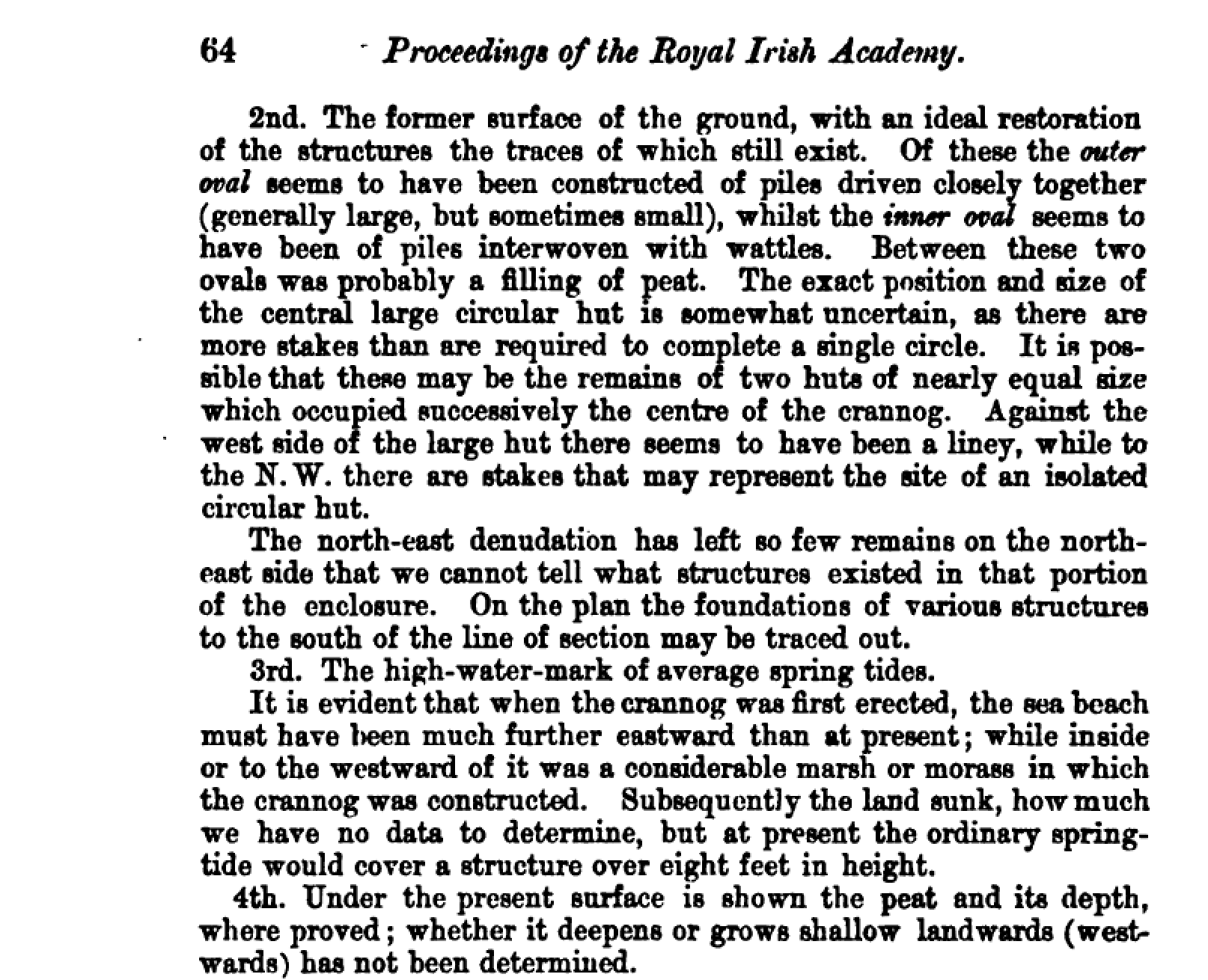 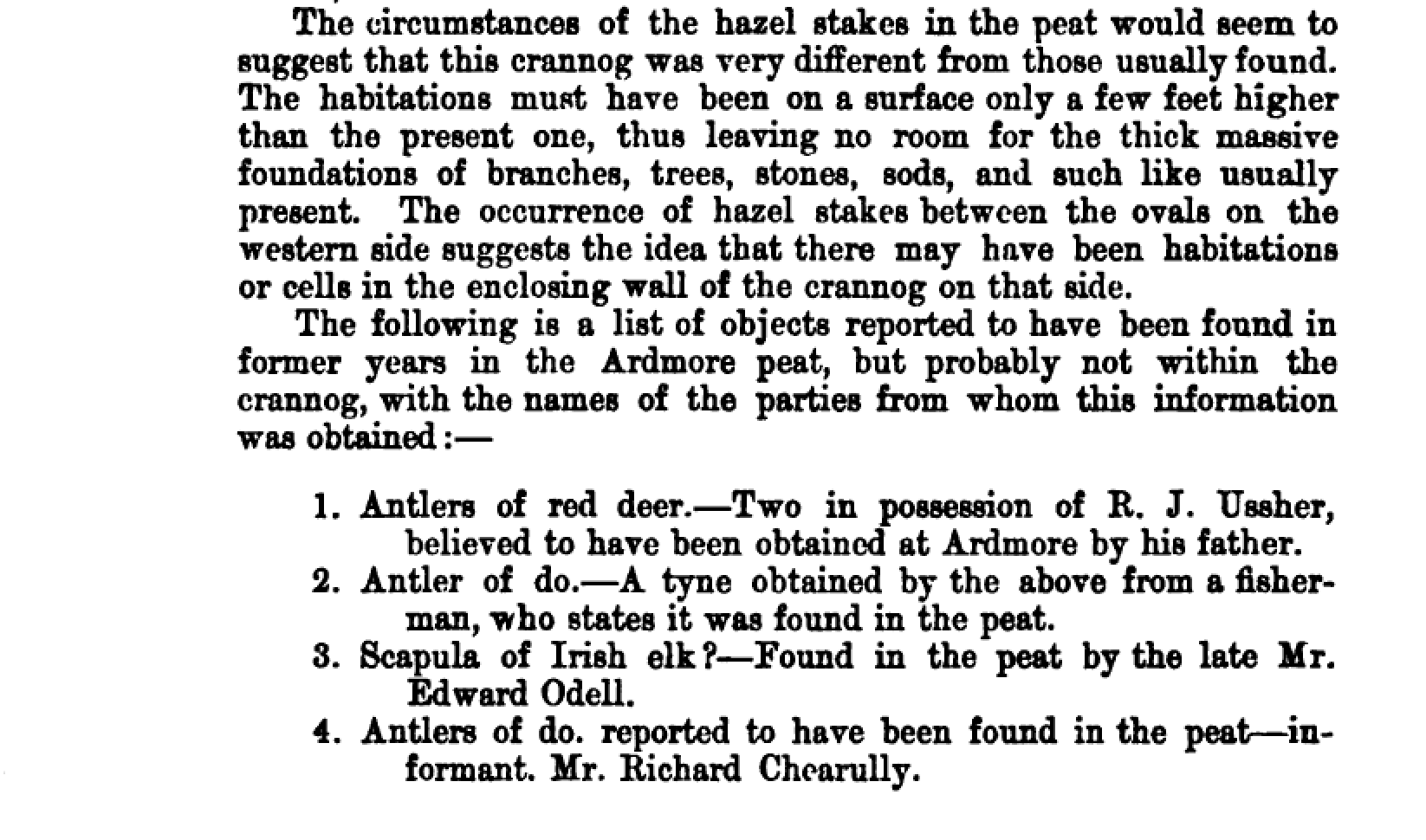 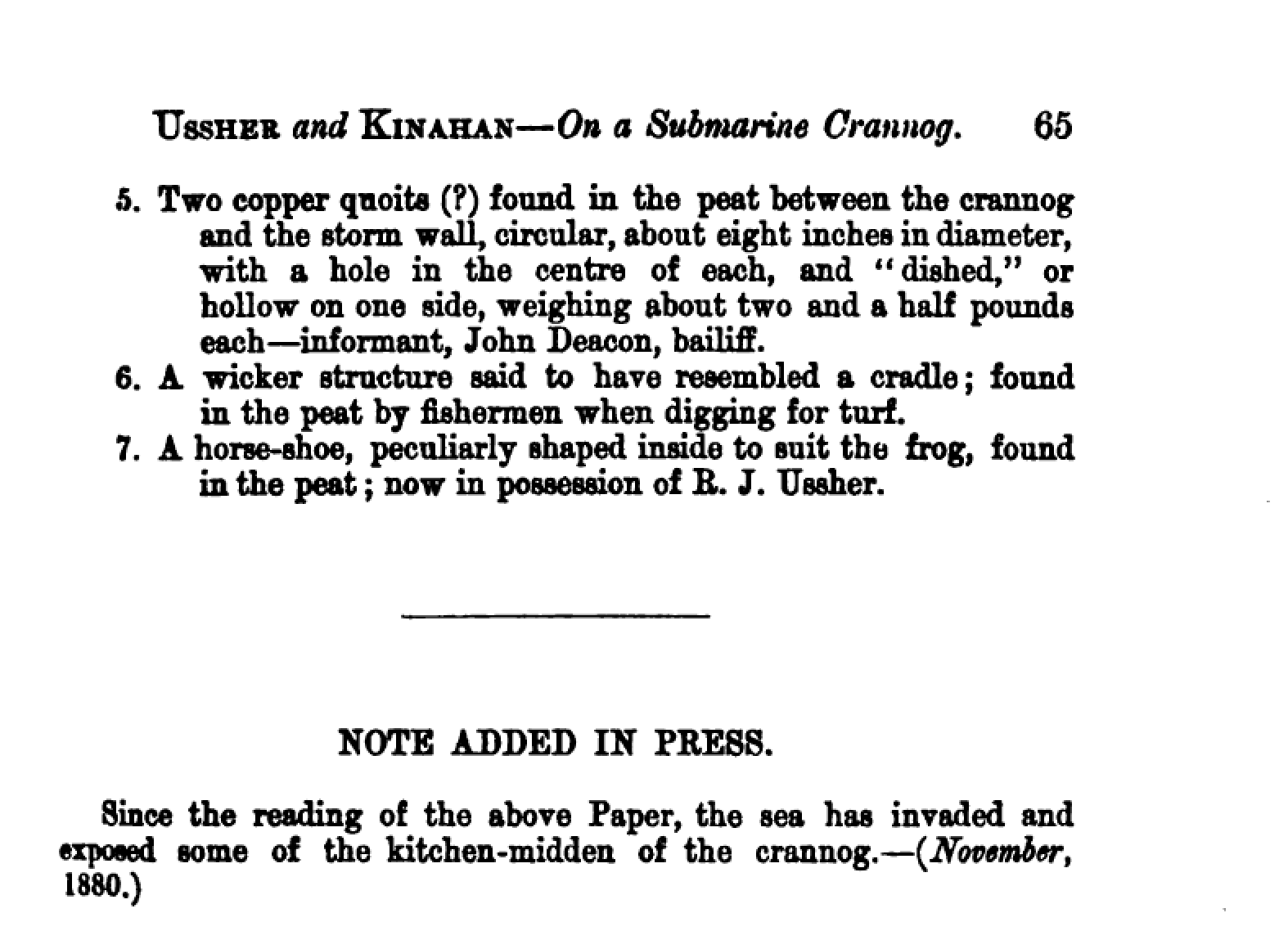 In Prehistoric Scotland and its place in European civilisation; being a general introduction to the “County histories of Scotland,” by Robert Munro (1899) discussed the crannog at Ardmore.

The only remains suggestive of ancient habitations known to  me within the tidal shores of the British Isles are (i) a cairn  of stones on a substratum of wood near the island of Eriska,  at the mouth of Loch Crerar; (2) the Black Cairn, in the  Beauly Firth ; (3) some stumps of piles in Ardmore Bay,  county Waterford ; and (4) a curious wooden structure recently discovered at Dumbuck within the tidal area of the  Clyde.

… The “submarine crannog” at Ardmore, discovered by Mr  R. J. Ussher, 3 covers an oval space about 100 feet in diameter,  and contains piles in a stratum of peat. The present sub-  marine position of these remains may be reasonably accounted  for on the strength of the evidence that a submergence of the  land, since Neolithic times, has taken place along the southern  shores of England and Ireland, while, during the corresponding period, the very opposite change has been proved to have  occurred in Scotland and the north of Ireland. For further  references to marine dwellings see ‘Lake-Dwellings of Europe,’ PP- 3″. 3 8 9, 443 573. and 574.